The New York Giants lost to the Dallas Cowboys, 28-20, on Thanksgiving Day, getting dominated in the second half.

As usual, former offensive lineman-turned NFL Network analyst Brian Baldinger picked out a few plays to demonstrate how some of the Giants’ players performed behind the scenes.

Firstly, Baldinger took a look at Giants top pick Kayvon Thibodeaux and his progress as a pro pass rusher. For the second straight game, the Giants did not record a sack. Thibodeaux, however, was all over Cowboys quarterback Dak Prescott, racking up five QB hits.

.@giants @kayvont was around the QB all night showing a variety of moves and finding the quickest route to the QB. The sacks will come when you are this close #gmen #BaldysBreakdowns pic.twitter.com/Sx7t3pkMqk

Baldinger moved on the Giants left tackle Andrew Thomas, who was battling an illness while trying to contain Dallas’ top pass rusher and Defensive Player of the Year candidate Micah Parsons. It did not go well as Thomas surrendered his first two sacks of the season.

“Throughout the whole game, I felt I didn’t play to the standard or level I want to play at,” Thomas said. “I let the team down today.”

.@dallascowboys @MicahhParsons11 v @Giants #AndrewThomas was a good match up of best v best. Micah was almost exclusively used at RDE (37/43) and affected the #Giants in so many ways #BaldysBreakdowns pic.twitter.com/z3gQK7syio

Lastly, Baldinger posted the matchup between two former Penn State superstars — Parsons and Giants running back Saquon Barkley. It was another battle in which the Giants fell short. 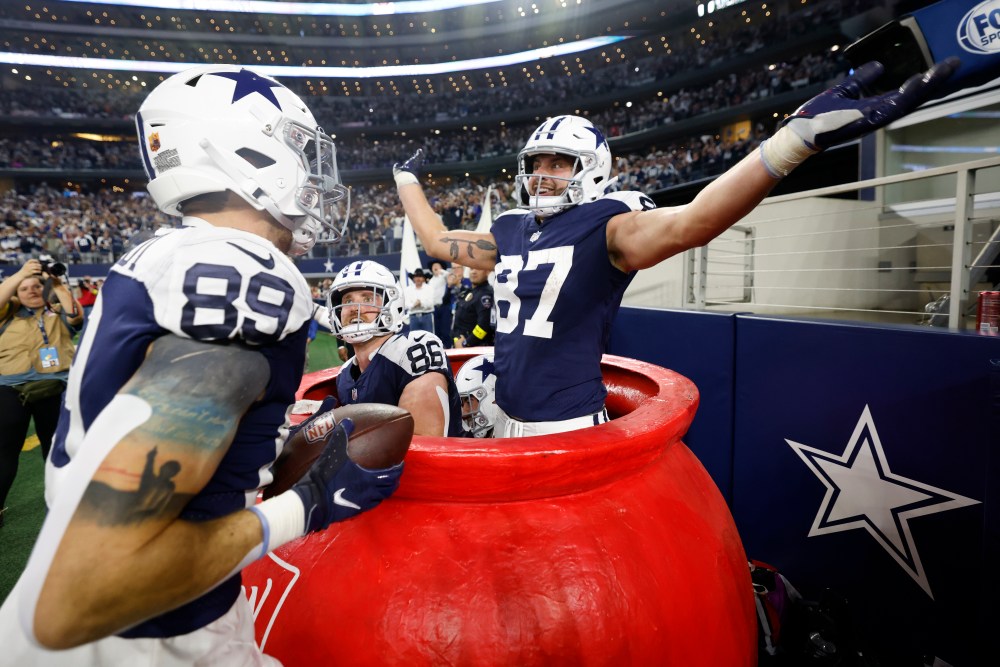 How the Seattle Seahawks Can Make the Playoffs: Through Week 2

One player New York Giants would steal from Ravens