The New York Giants are 5-1. They’ve won three straight games, including back-to-back wins over former NFL MVPs (Aaron Rodgers, Lamar Jackson) and are currently on the most unexpected ride in the league.

How are the Giants doing this? That’s going to be the theme of this entire article because no one seems to have an answer. The only thing anyone knows for certain is that Brian Daboll & Co. are finding ways to get it done.

As we enter Week 7, here’s a look at where the Giants place in a multitude of power rankings. 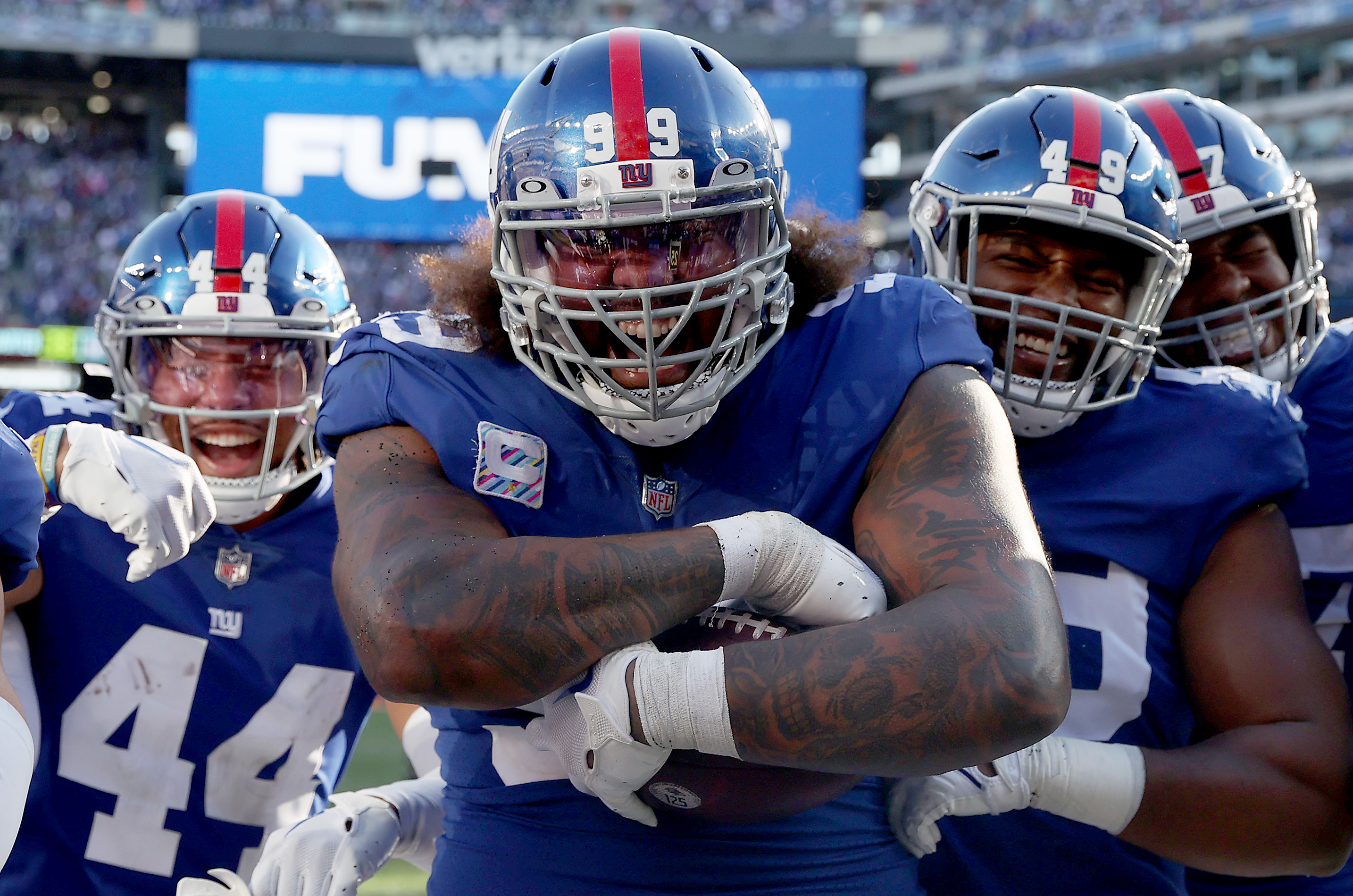 The Giants really seem like a case study in the importance of competence. This is still not one of the more talented rosters in the league, but the gap between the Dave Gettleman-Joe Judge regime and the Joe Schoen-Brian Daboll one is significant.

Simple things like running a lot of play-action — the Giants trail only the Falcons in their usage of early-down play-action, per TruMedia — are making things easier for Daniel Jones. Defensive coordinator Wink Martindale is a blitzing madman, but that seems like a sensible thing to do when trying to maximize a talent-poor unit. Martindale, by the way, blitzed Lamar Jackson in his revenge game Sunday on 63.9 percent of dropbacks, per TruMedia, the second-highest blitz rate in a game this season behind the Packers’ close win against Bailey Zappe.

The Giants entered the season with the easiest projected schedule in the league and look like they have a clear road to the playoffs. 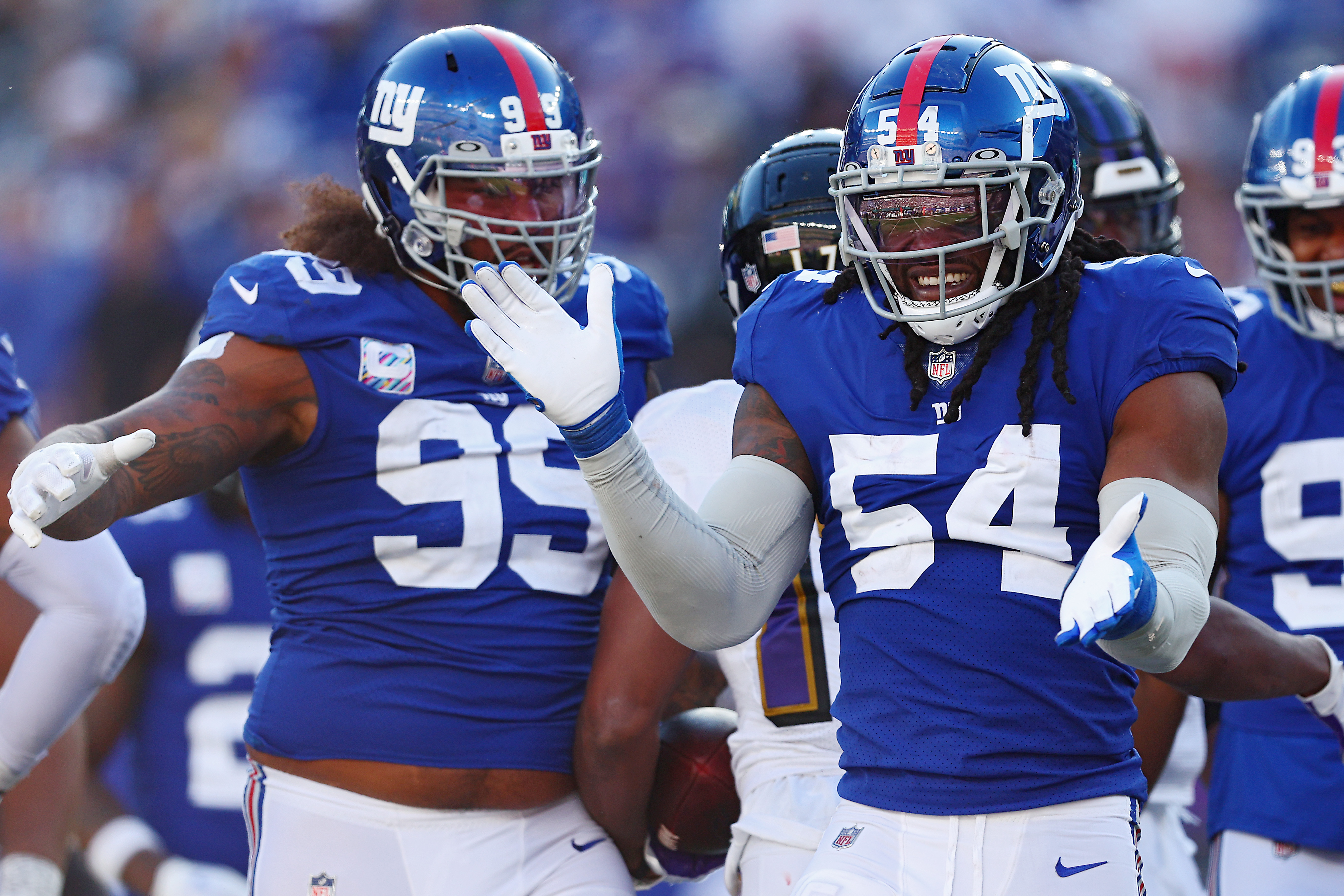 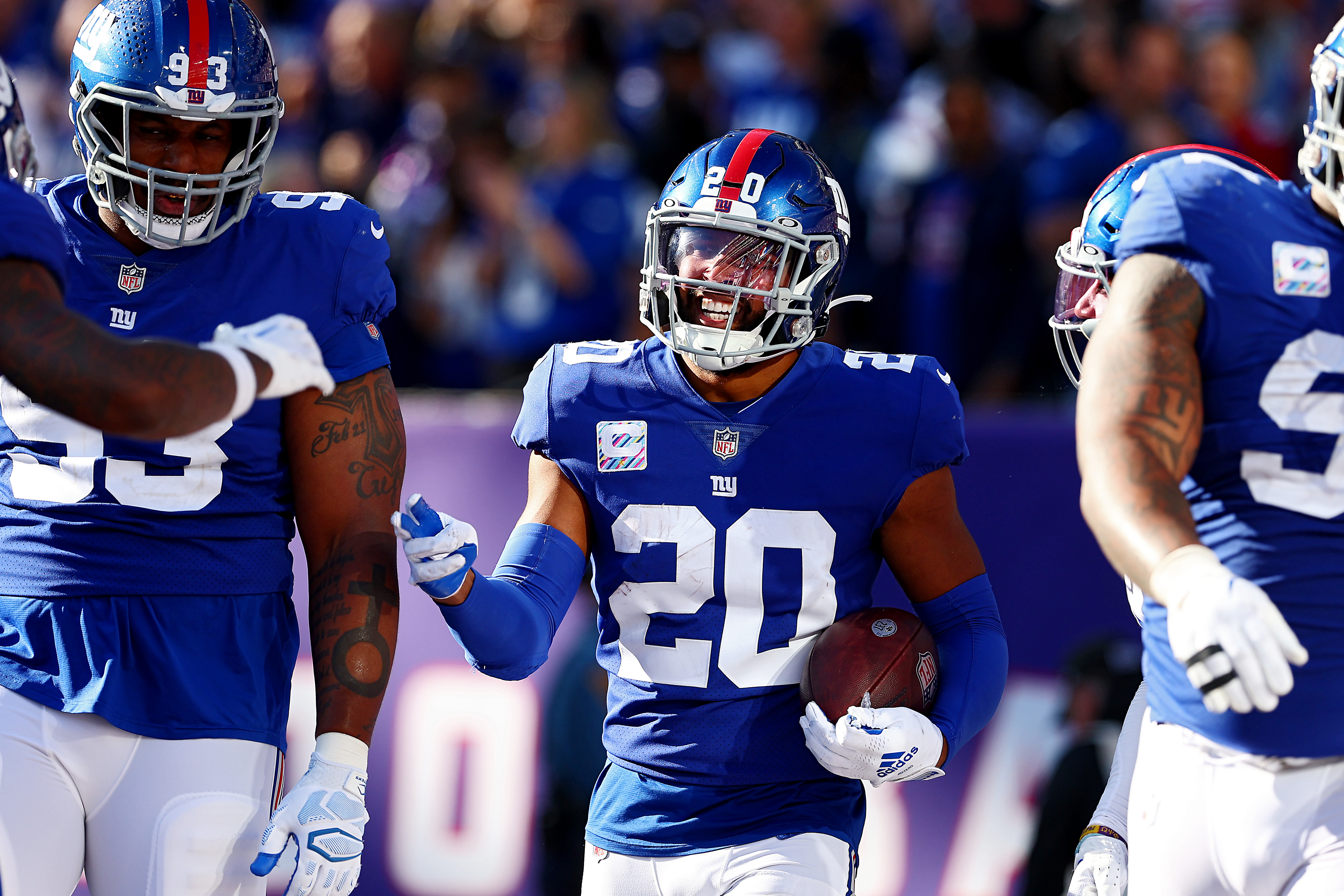 The race for Coach of the Year now belongs to Brian Daboll. What he has done with the Giants is remarkable. A team that was totally lost has found the way to win. 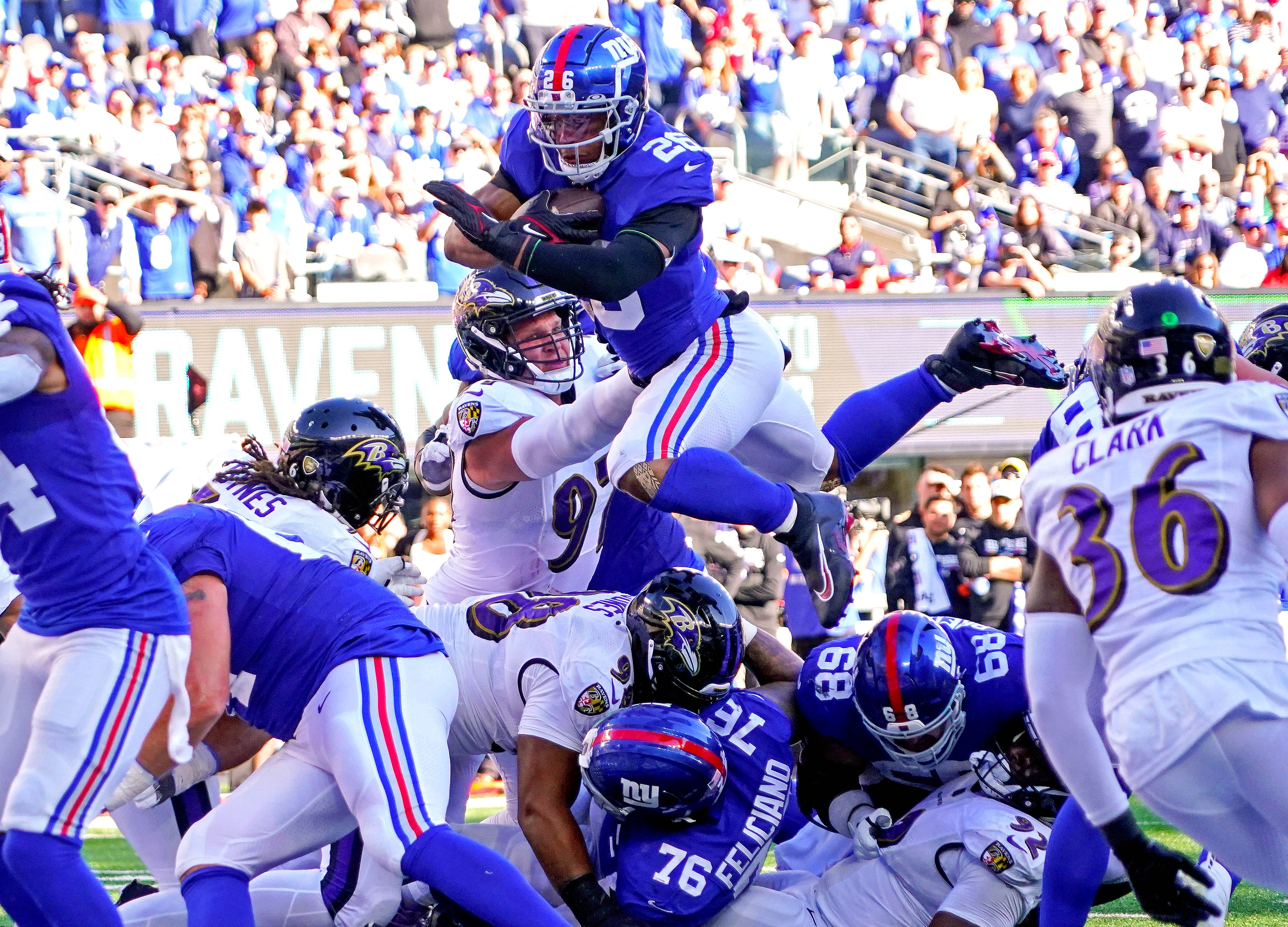 Yeah, it’s completely time to take the Giants seriously. The difference in quality of head coach between Joe Judge and Brian Daboll couldn’t be more stark in the team’s current favor, and the ways in which Daboll has deferred to offensive coordinator Mike Kafka and defensive coordinator Wink Martindale means that Daboll can run the whole thing, without the micromanagement so common to first-time head coaches. In Sunday’s 24-20 win over the Ravens, the Giants were outgained 406-238 yards, and Baltimore had 23 first downs to New York’s 18, but between Martindale’s pressure packages, and an efficient offense, it was enough to come away with an impressive win. It’s early yet, but Daboll is going to have a lot of Coach of the Year smoke around his name at this rate. 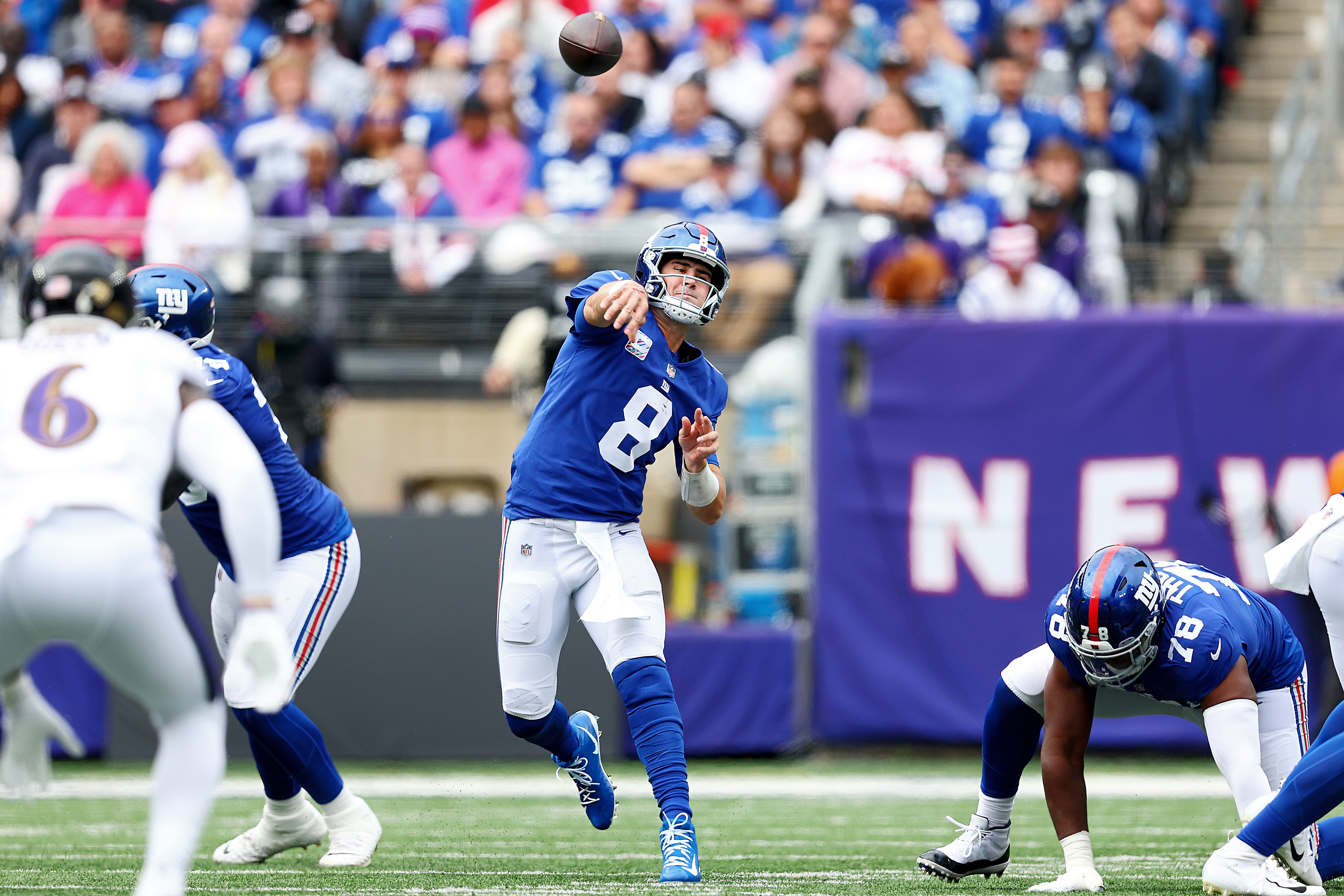 The Giants don’t make sense. They allowed Baltimore seven yards per play on Sunday and could only manage 3.8 yards per play of their own. But they’ll head into Week 7 in Tier 3 of the NFL Power Rankings with a 5-1 record.

New York is not a talent-rich team. But Brian Daboll, Wink Martindale, and Mike Kafka have done an outstanding job of making the Giants a well-coached unit, which is truly the only explanation for their torrent start, aside from having a decent, but not overwhelmingly good rushing attack. 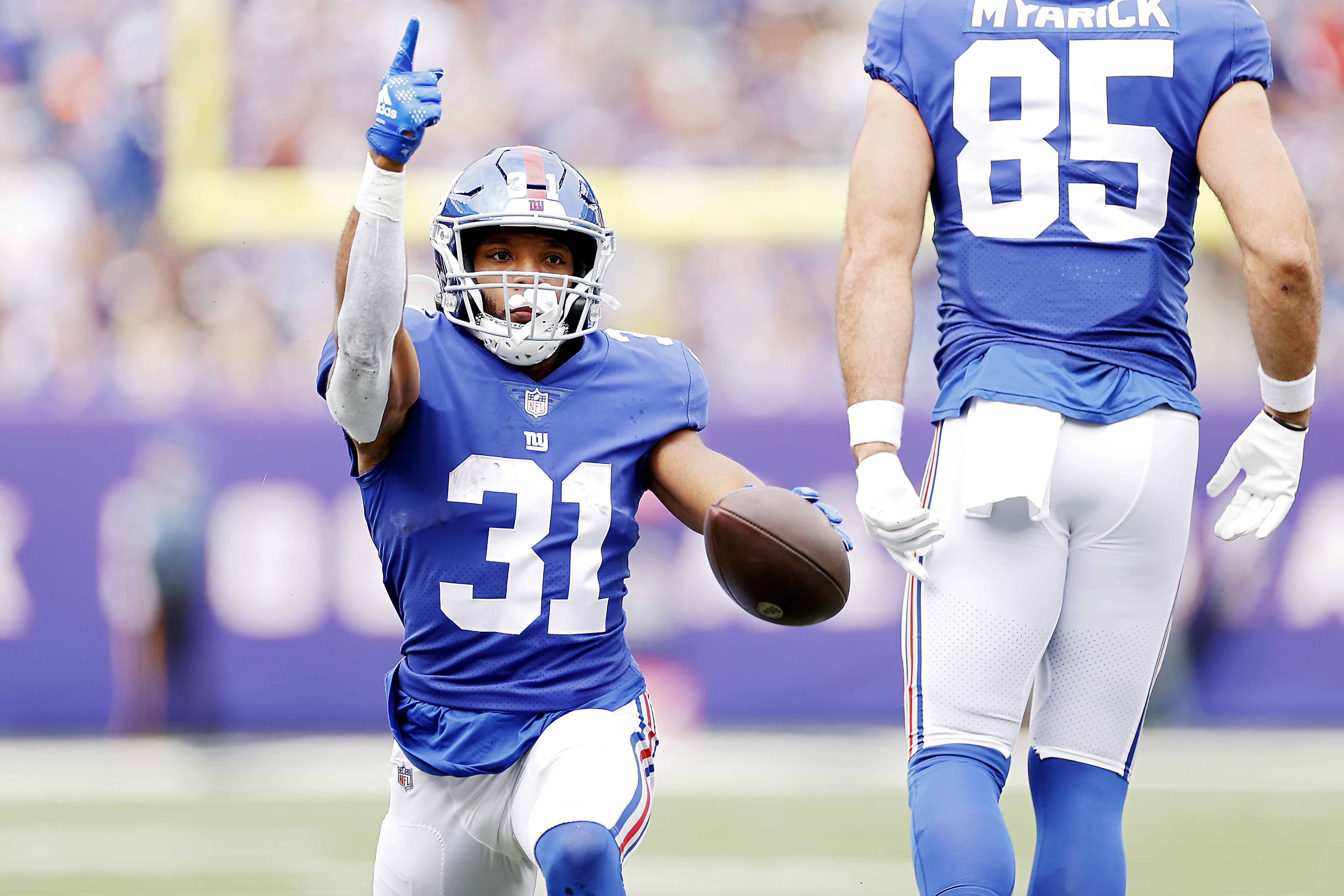 The Giants can be considered “for real” only a game behind the Eagles with their lone loss coming to the Cowboys. They took advantage of a weak schedule early, but their Packers and Ravens victories stamp their inspired all-around arrival under coach of the year frontrunner Brian Daboll. 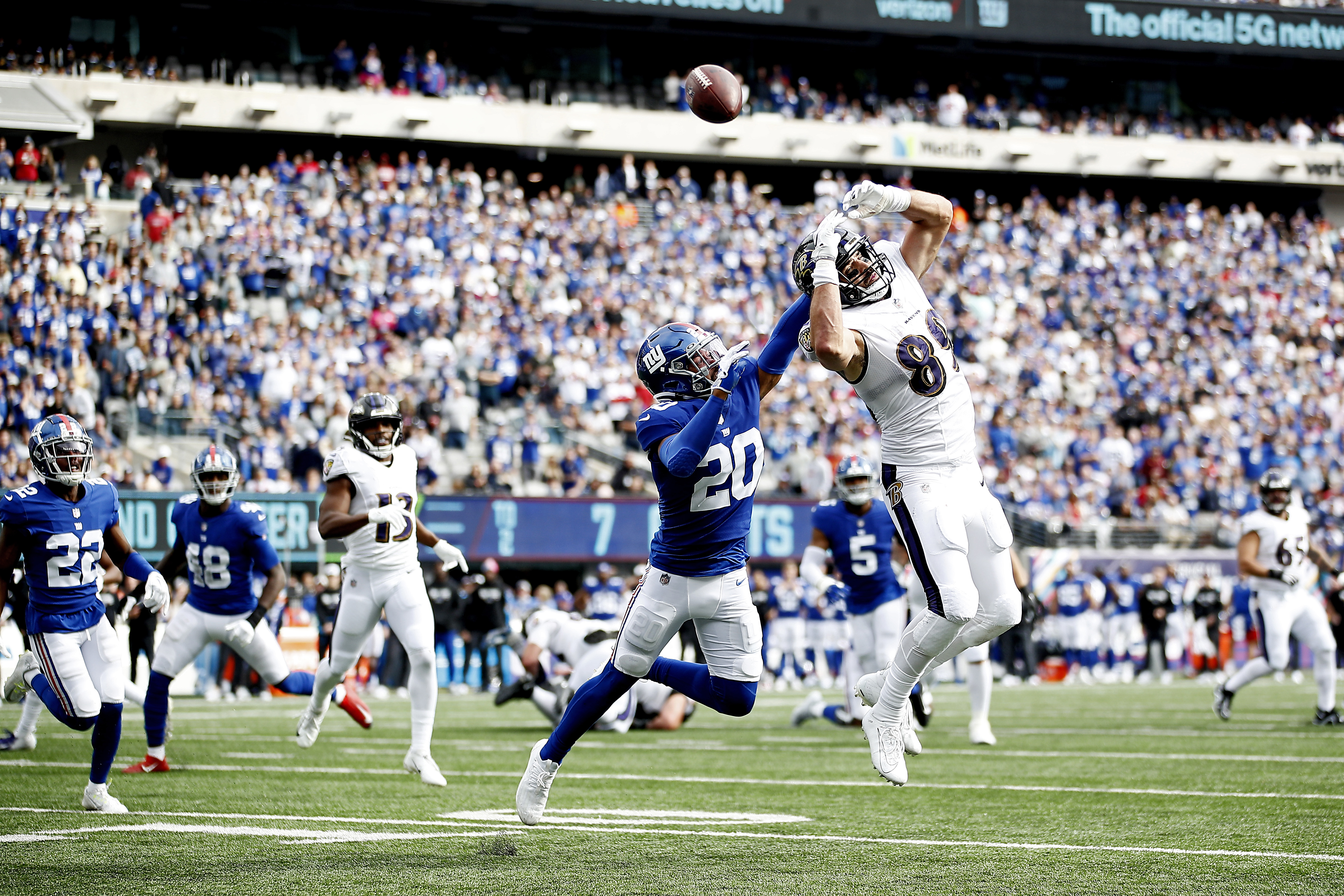 I have no idea how the Giants are doing this, but here we are. Back-to-back wins over the Packers and Ravens is impressive. They’re on a wild streak of comeback wins. They have three rallies from double-digit deficits already. In their five wins, they trailed to start the fourth quarter three times and were tied to start the fourth in another. It’s a crazy ride to start the season. 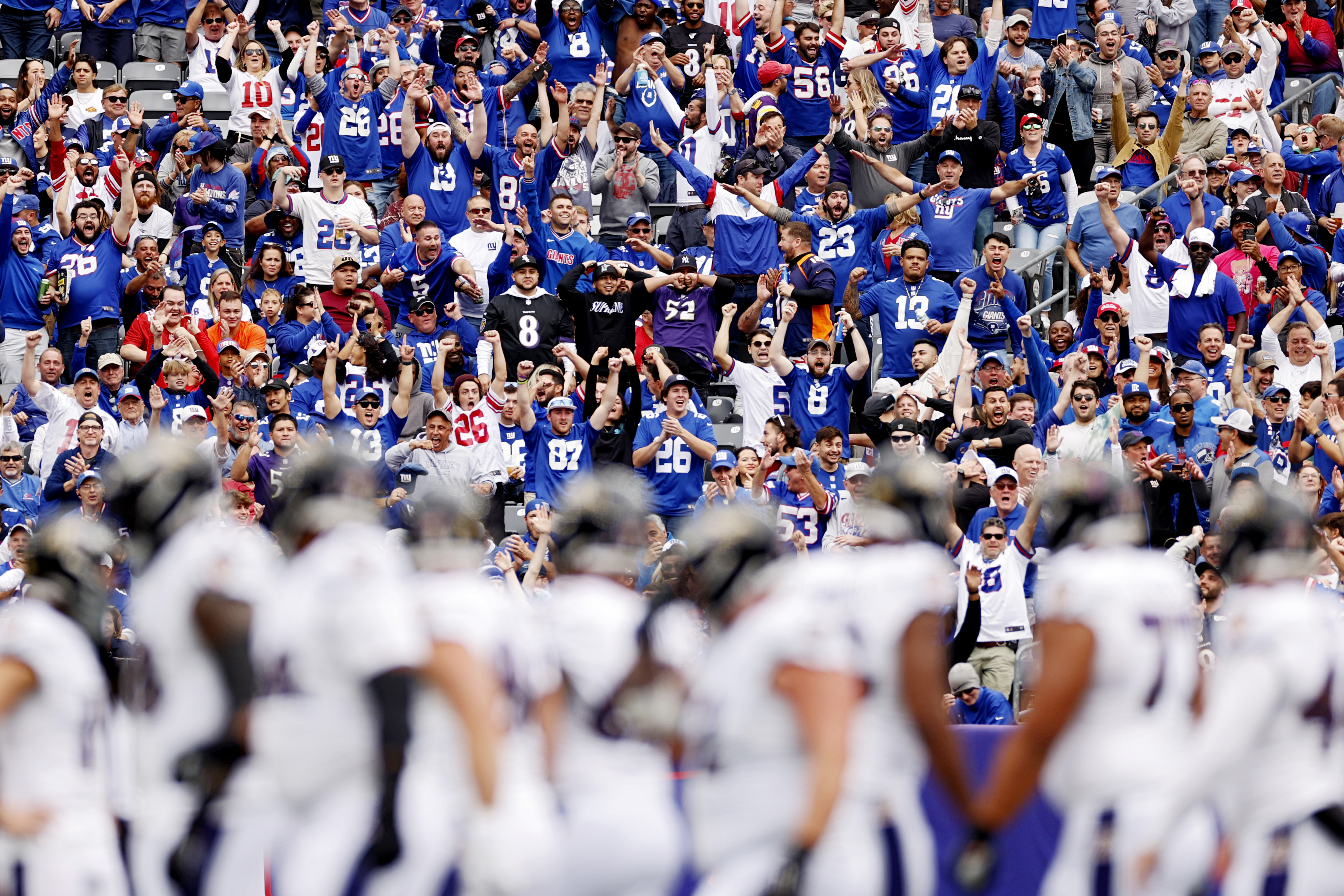 I don’t know how good the Giants are, but they keep on winning. You win, you rise up the rankings. Rules are rules. 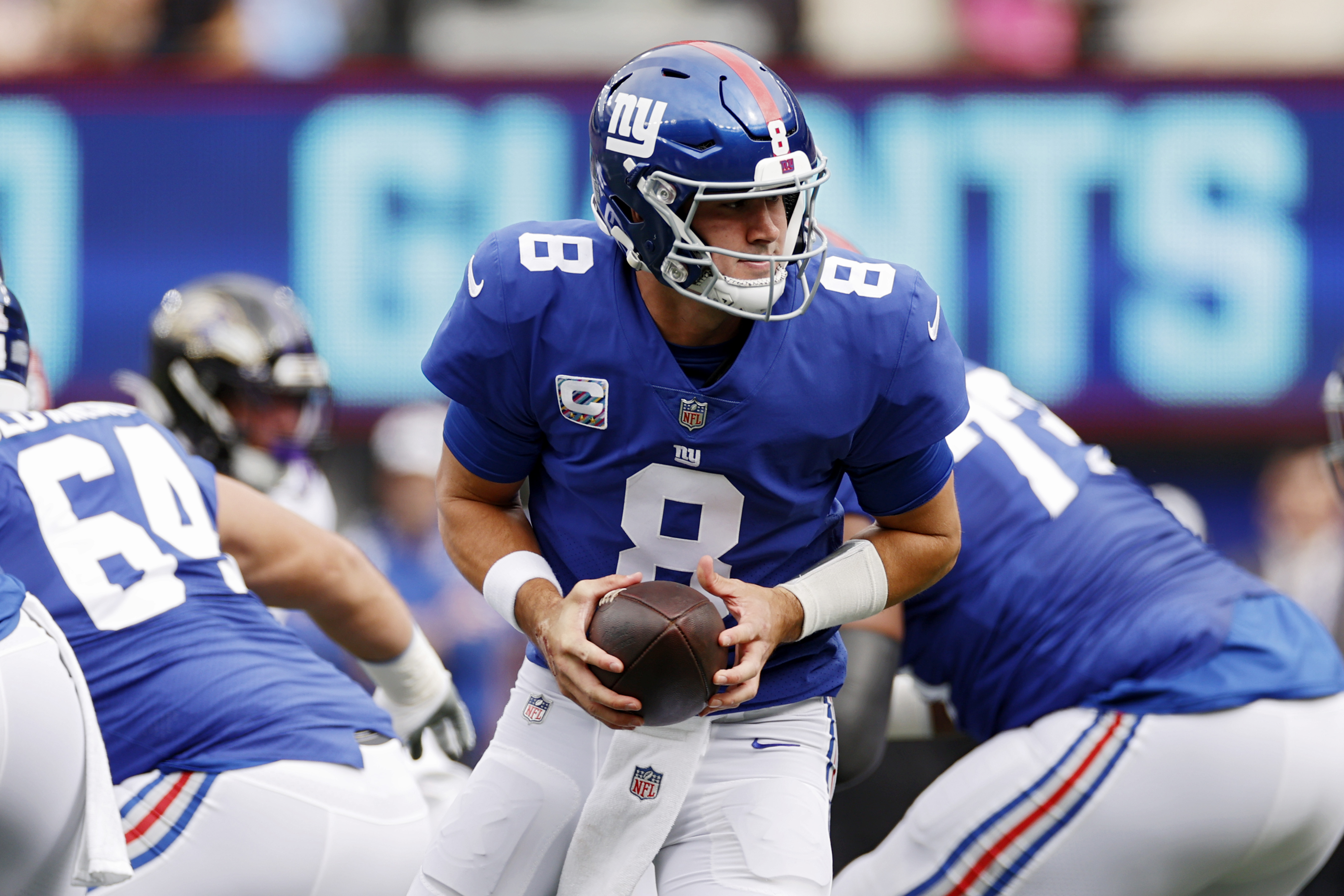 I’ve been at the front of the increasing “Brian Daboll is freaking awesome” movement since the Giants’ Week 1 win over Tennessee, when the first-year head coach animatedly got after QB Daniel Jones and went for the gutsy go-ahead two-point conversion. But that guy Daboll was screaming at weeks ago is deserving of some overdue praise, too.

The Giants are the only NFL team without a 200-yard receiver (Richie James leads the team with 189 yards). The offensive line has allowed pressure on 46.6 percent of dropbacks, the second-highest rate in the league. Yet, Jones has still managed the 13th-ranked EPA per dropback average (0.05) and, more impressively, Jones ranks seventh in the same statistic when kept clean (0.10) in the five games since Daboll ripped into him in Week 1.