6 keys to victory in Week 2

In previous years, Giants fans would be unimpressed and not overly excited or concerned about this game. This year, though, it’s different. This year, the Giants will square off with former head coach Ben McAdoo, who is the Panthers’ offensive coordinator.

It marks the first time McAdoo has returned (on the sideline) to New York since being fired in 2016. On top of that, the Giants actually won their season opener, a game highlighted by the grit and determination it took for them to come from behind and win.

Giants fans are actually excited about the season after witnessing last week’s victory, and even though the Panthers lost to the Cleveland Browns last week, there are still things they must do well to win. We call them keys to victory.

Last week, the Giants got off to a pretty slow start in their win over the Tennessee Titans. Yes, they overcame and won the game, but it would be so much easier (and more fun) if they got off to a fast start and never looked back. They need to use the momentum they have, the hype and excitement they felt during that win, and turn it into fuel to start fast on Sunday. 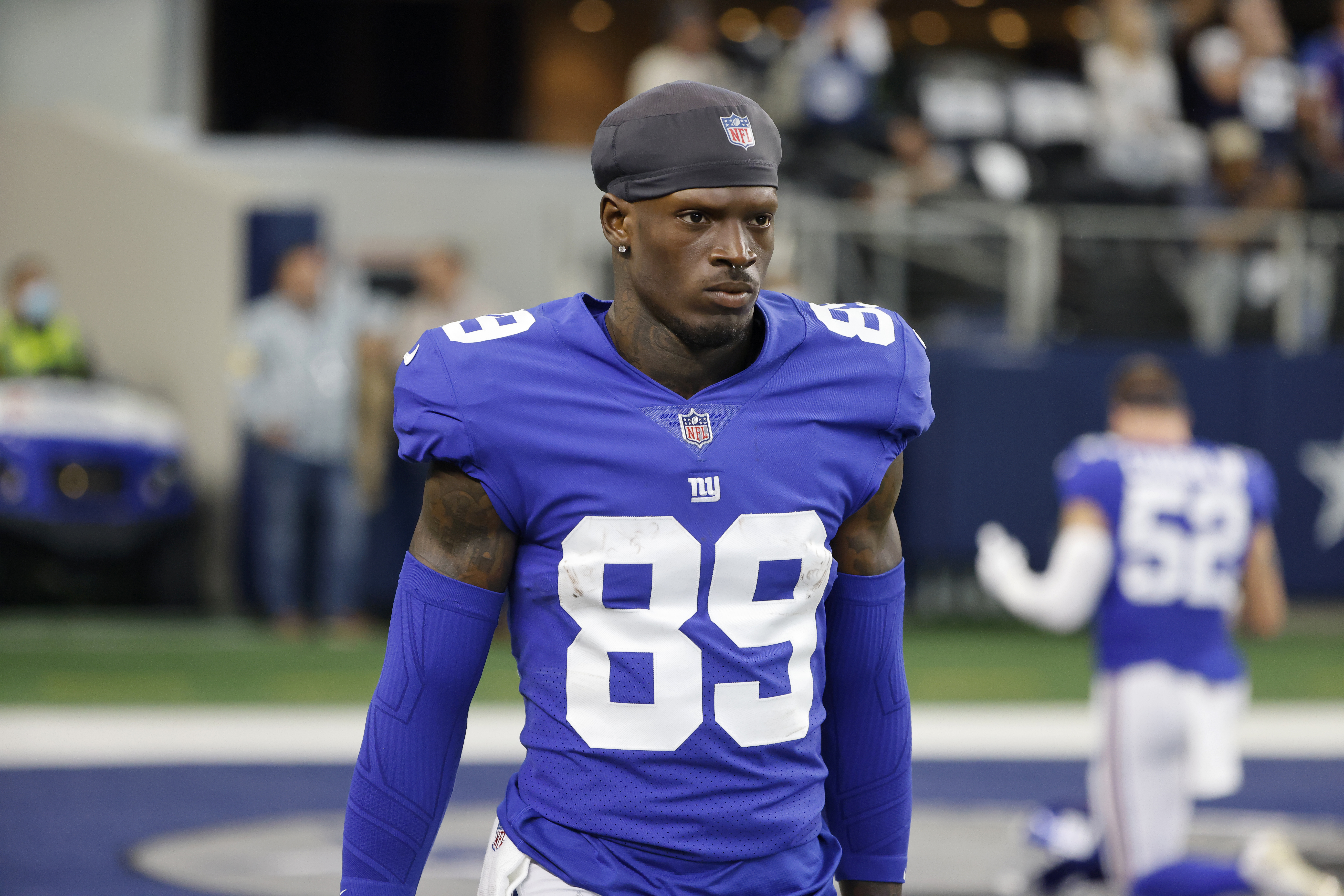 Last week, Kadarius Toney was present and available for the game against the Titans, but was hardly on the field. He wasn’t targeted a single time by Daniel Jones, and only touched the ball for rushing plays.

Toney is often in the news for one reason or another, including his lack of hustle in training camp. While we don’t know for sure what the factors were in his absence from the field, the Giants have to get him involved early if they want to hit the ground running. Provided he plays, that is. 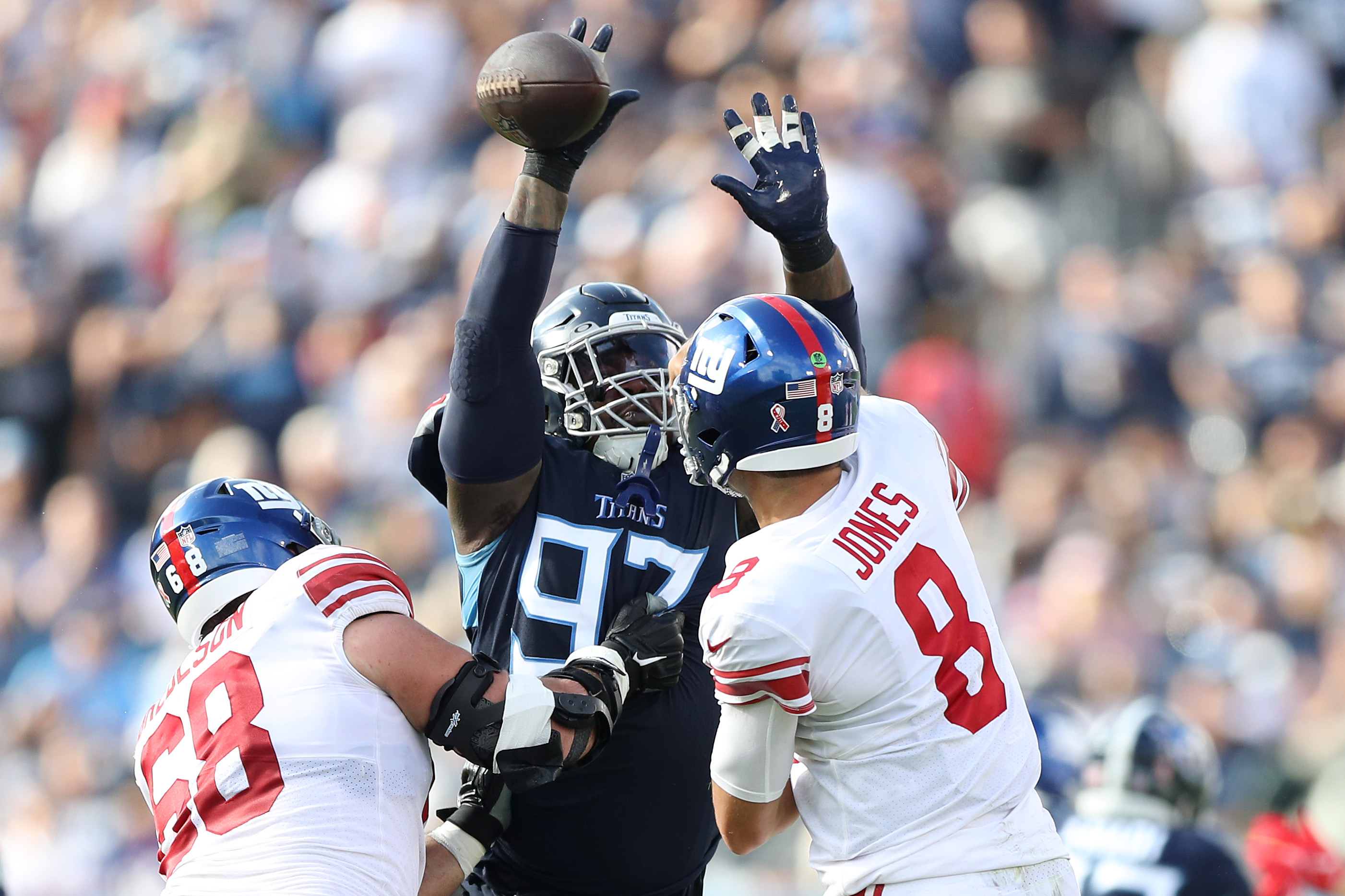 Protecting the quarterback feels like an unspoken key in every game, but for the Giants, last week showed that the offensive line needs some work.

Part of that is youth, but Jones is a vital part of the Giants offense, so keeping him healthy is crucial to a winning season. Last week he was sacked five times, hit an additional four times, hurried seven times, pressured 16 times and had to scramble twice.

Over his entire career in New York, Jones has been given 2.5 seconds to throw the ball, well below average (2.72 seconds). Give him the protection he needs and see what he can really do. 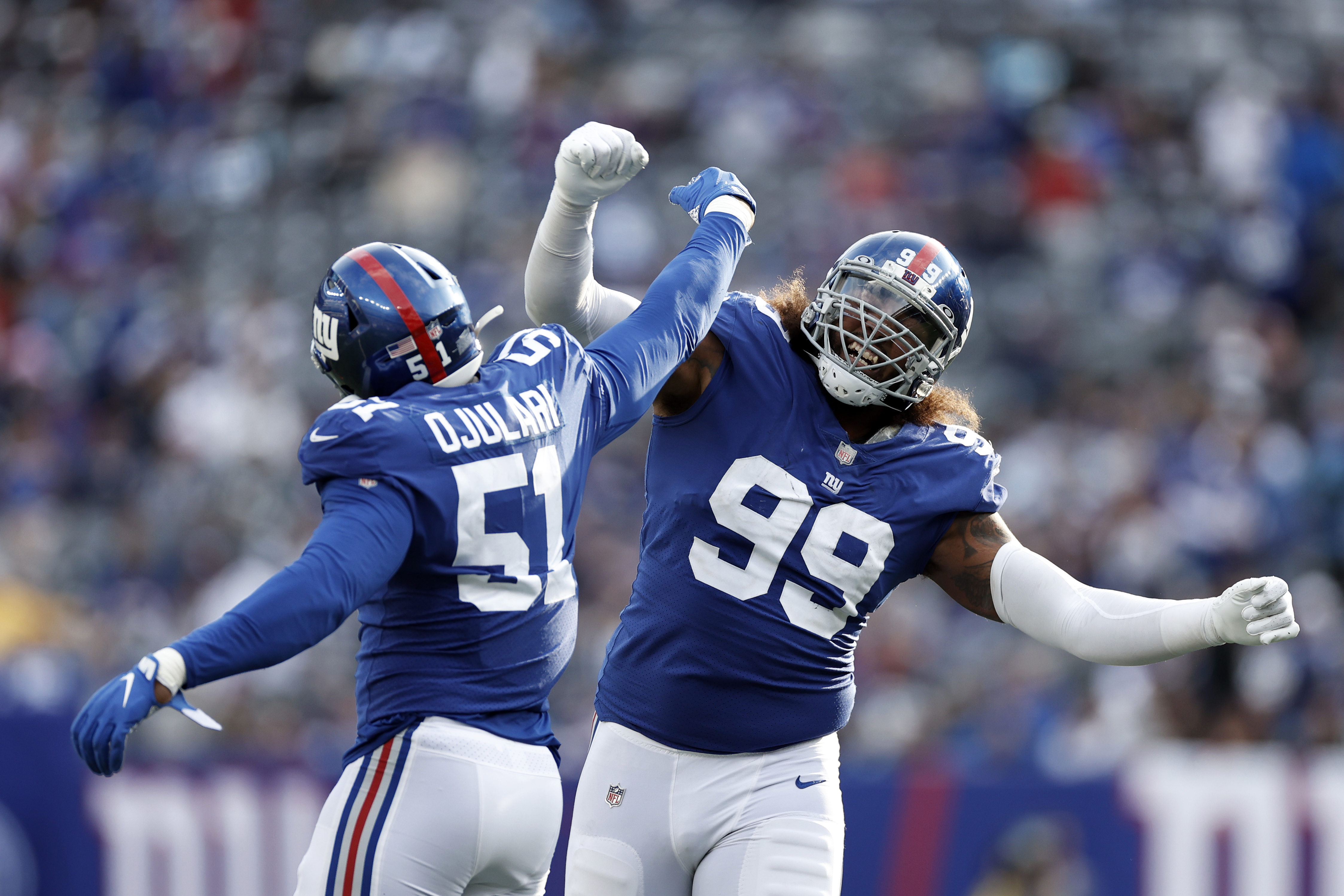 Despite being just 6-foot-1, Baker Mayfield can throw the ball, and Christian McCaffrey is capable of breaking off for a long run, even if he catches the ball first. Last week, Robbie Anderson caught a 75-yard touchdown pass from Mayfield.

If the defense can generate pressure and force Mayfield to make mistakes or throw the ball away, it will go a long way toward getting off the field and putting the ball back in Jones’ hands. 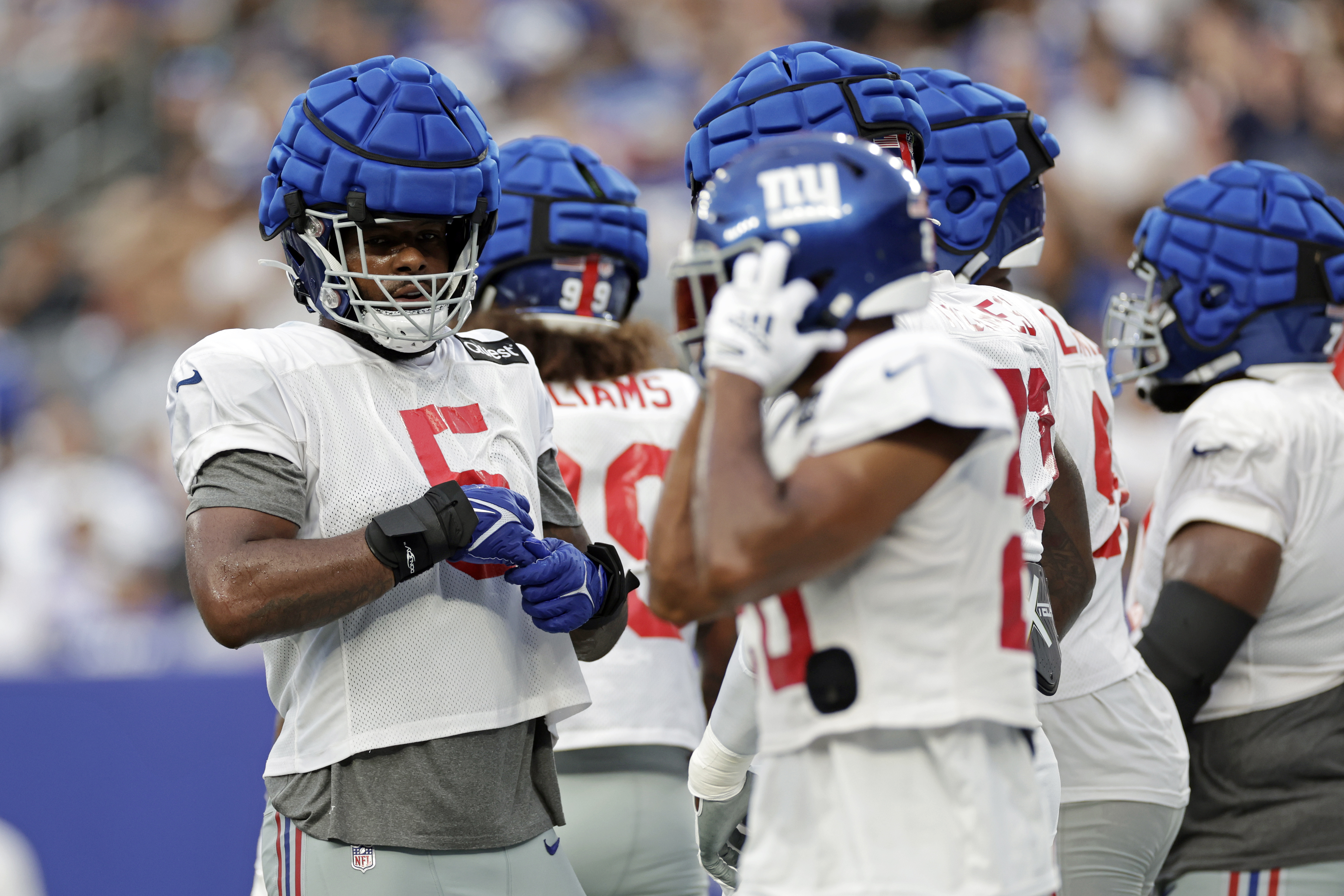 As mentioned before, Baker Mayfield is just 6-foot-1, so he already struggles to see over the heads of his own offensive line. If the Giants’ defensive line can use their size to stand up the Panthers’ offensive line and get their hands up, it’s pretty likely someone is going to tip the ball.

A tipped ball, at a minimum, stops the forward progress of the Panthers. Things go the right direction and it can be a turnover. Get hands up. 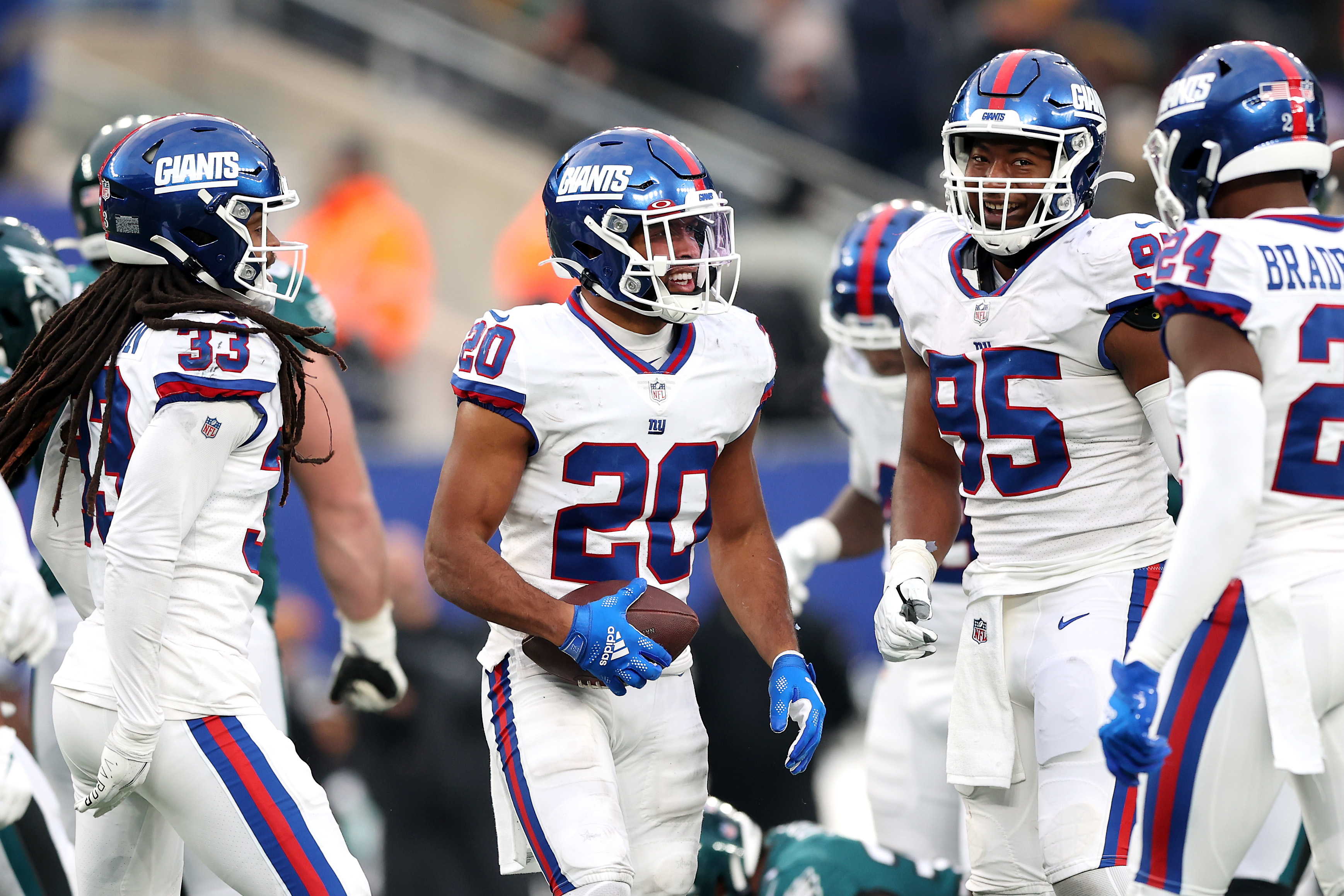 Of the Panthers’ 261 offensive yards against the Browns last week, 207 of them were through the air. McCaffrey is definitely a threat on the ground and McAdoo wants to get him more involved, but last week Ryan Tannehill threw for 266 yards against the Giants. That can’t happen this week if they hope to win.

The Giants, who will be without cornerback Aaron Robinson, must communicate well and not miss any of their assignments.

Scouting Report: Don’t Run Outside Against The Patriots